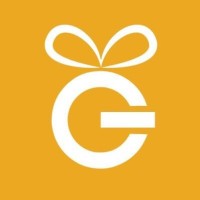 Black Friday is one of the busiest shopping days of the year, right up there with the Saturday before Christmas -- otherwise known as Super Saturday.

What is Black Friday?

Black Friday is an annual sales event that usually happens on the last Friday of November. It's one of the biggest holidays of the year which is followed by Cyber Monday.
More importantly, it's the official start of the holiday shopping season.

This year, that day lands on November 29th and major retailers like Walmart, Target, Best Buy, and more (the list can go on forever) mark down their products so drastically, that people literally stampede inside when the doors open. You can even get the party started early and hit the stores right after Thanksgiving dinner, which is when a lot of stores open their doors for Black Friday shoppers.

So whether you’re shopping for yourself or an early Christmas gift for a loved one, you’ll definitely want to get in on the action.

What are the best Black Friday 2019 Deals?

Right now, you can search online or walk into any store and find deals that rival what you can expect on Black Friday.

We have some deals listed below but generally, you can expect deals on items such as:

and much much more.

If you can't wait until then, you can view some recommendations down below or take a look at our deals page deals page for current deals.

Check back on this post too as we'll keep the top trending deals updated.

You might’ve seen the madness first hand before, and you’ve surely seen the chaos unfold in videos on social media. Here are a few tech products people can usually get a crazy good deal on if you snag them on Black Friday, and a few predictions for what you can hopefully expect this November.

There have been people who claimed to buy a Nintendo Switch bundle at Walmart on Black Friday, and got it for a couple hundred dollars off the retail price. Plus, they’ll be too busy handling other customers to up-sell you on frivolous accessories. 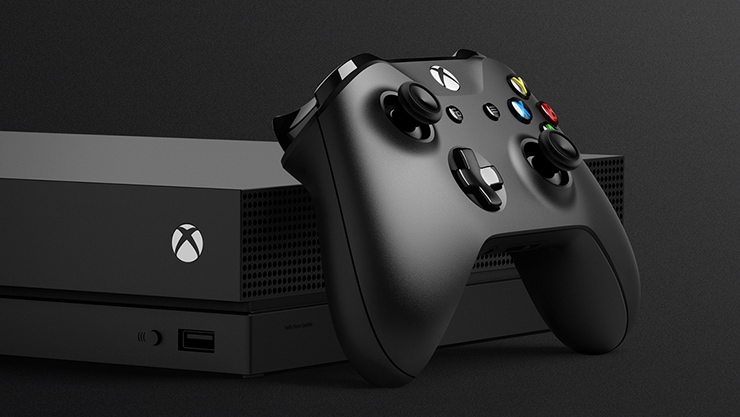 Last year we saw deals on the Xbox One S from stores like Walmart, Khol's, Best Buy, & Target for $199. That was about $100 off the regular price of that console at the time. Sadly, there weren't any deals on the Xbox One X but hopefully this year we could see some sort of discount. We also wouldn't be surprised to see bundles being advertised as well.

Last year, the Playstation 4 Slim Spiderman Bundle was the hot buy with no PS4 Pro deals in sight. This year however, the PS4 Pro dropped down to as low as $310. With a couple of years under its belt, you can hopefully expect to see discounts on the console. 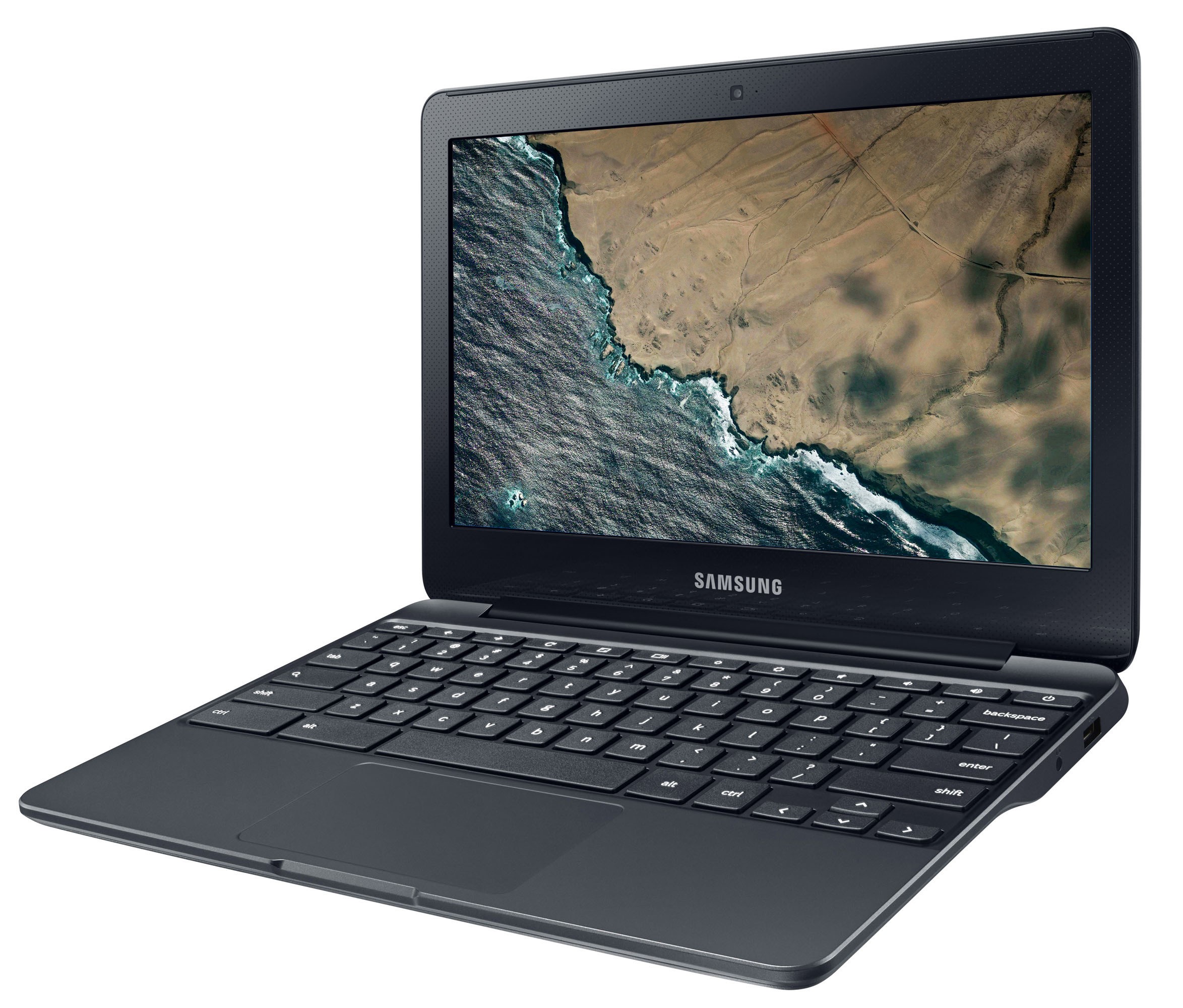 In 2018, Walmart was selling the Samsung Chromebook 3 for $99, when they usually go for $199 -- at least that’s what it shows on Samsung’s website. You can probably expect around the same price this year, if not even more marked down. 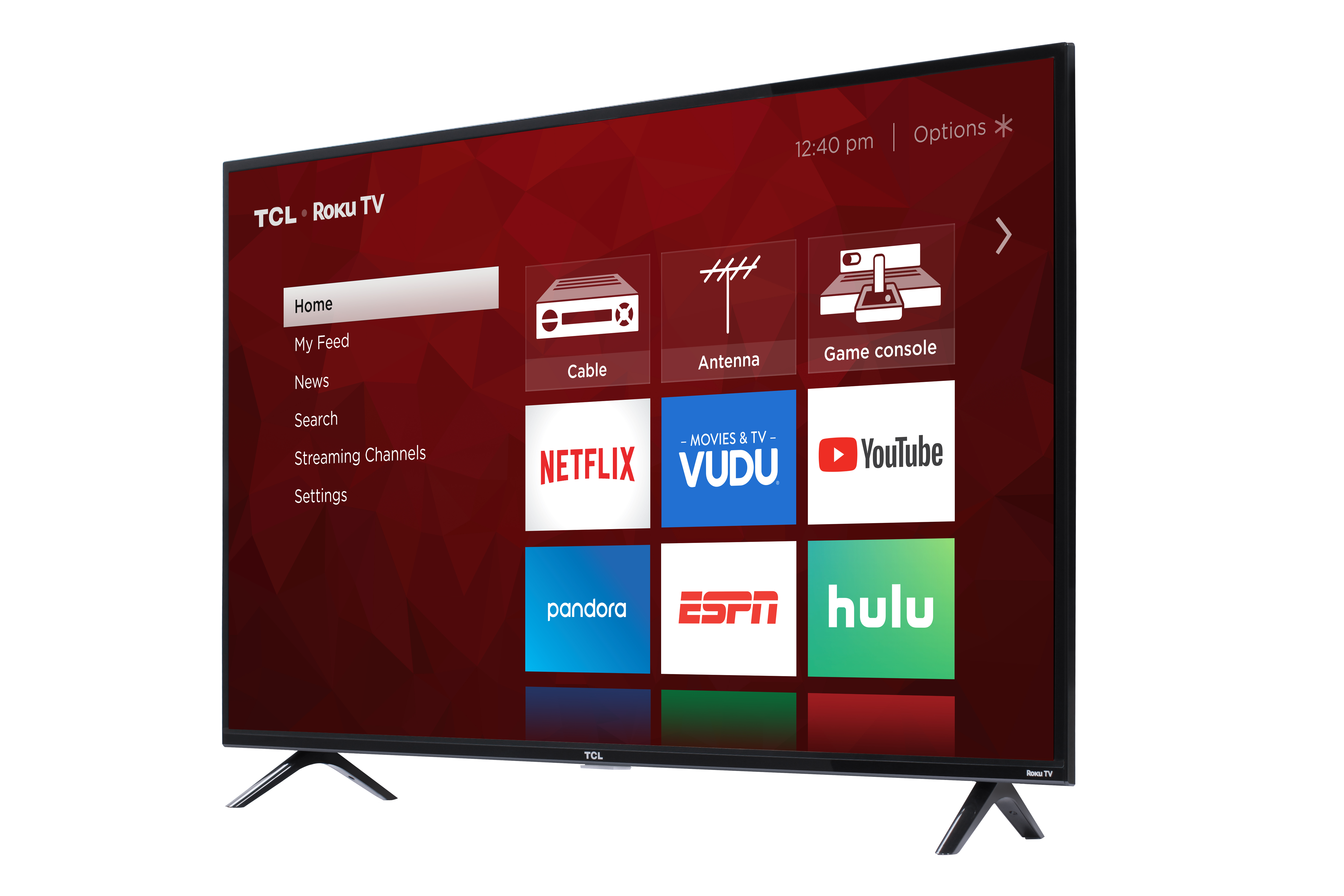 In the videos showcasing the craziness of a store on Black Friday, you always see people carrying huge TV’s. It’s because TV’s are always a steal on Black Friday. Last year, a 4K 65” Roku Smart TV was on sale for $398 at Best Buy. 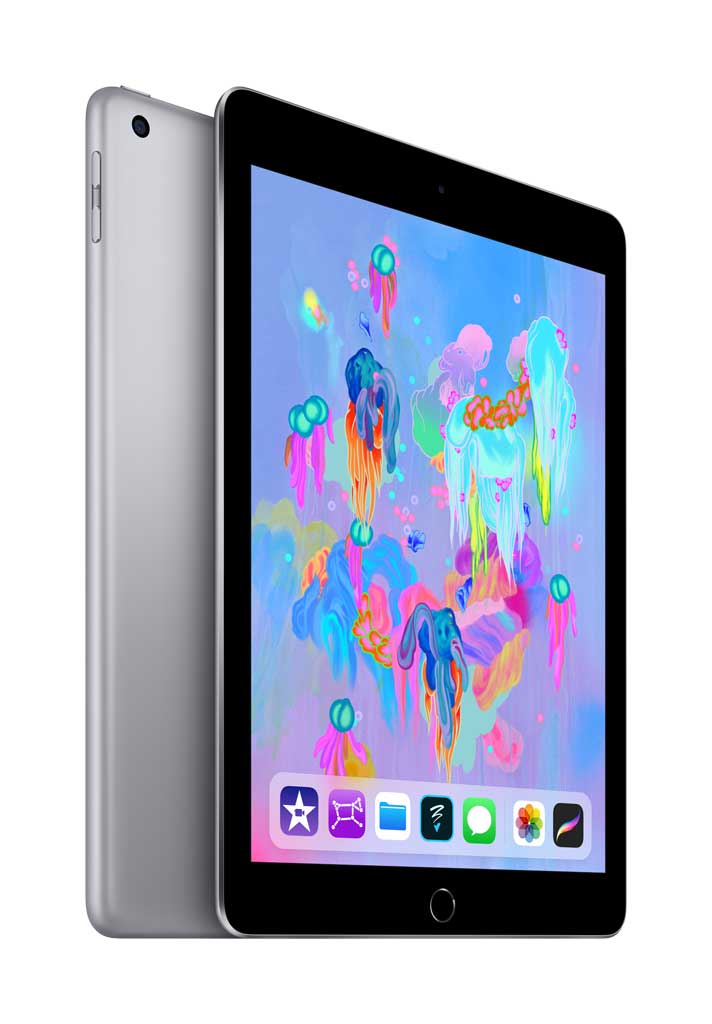 As of September, the new 7th generation iPad is available for order online and will be stocked in stores on September 30th. Last Black Friday, we saw the 2018 iPad drop to $229 at some retailers, but we’ll likely see an even bigger drop in price this November considering it’s no longer Apple’s newest iPad. 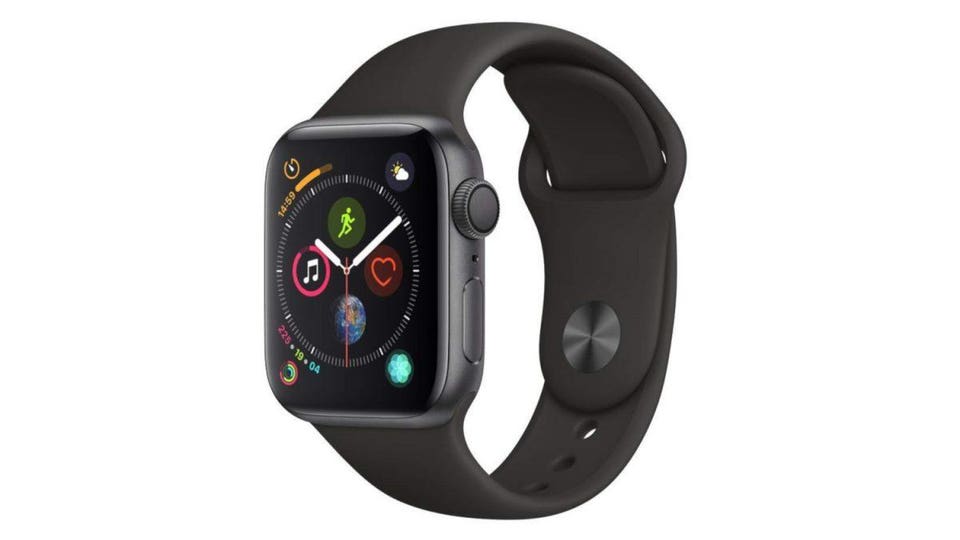 Black Friday is also a great time to deck out your kitchen with high performance kitchen appliances, because last year at Best Buy, you could get a KitchenAid Professional 500 Series Mixer for $280 off retail price.

At Target last year when the JBL Flip 4 was still the brand’s newest wireless speaker in the Flip series, they were selling it for $59.99 when the original retail price was $99.99. So this year, we’re hoping to see the same mark down with the JBL Flip 5. 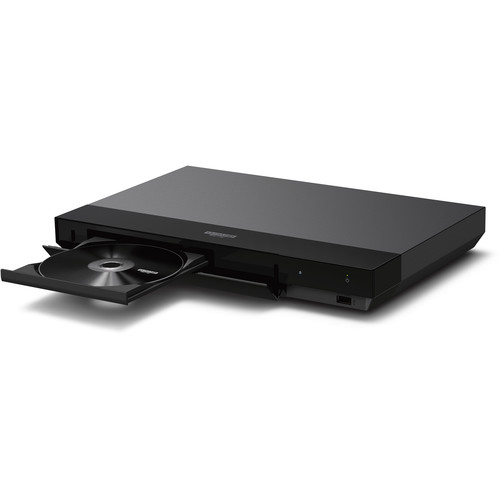 If you don’t already have a quality Blu-ray player, Black Friday is definitely the day to snag one. For Black Friday 2018, Target sold Sony’s 4K Ultra-HD Blu-ray player for $149.99 which saved shoppers (the ones who were able to get their hands on it) $100. 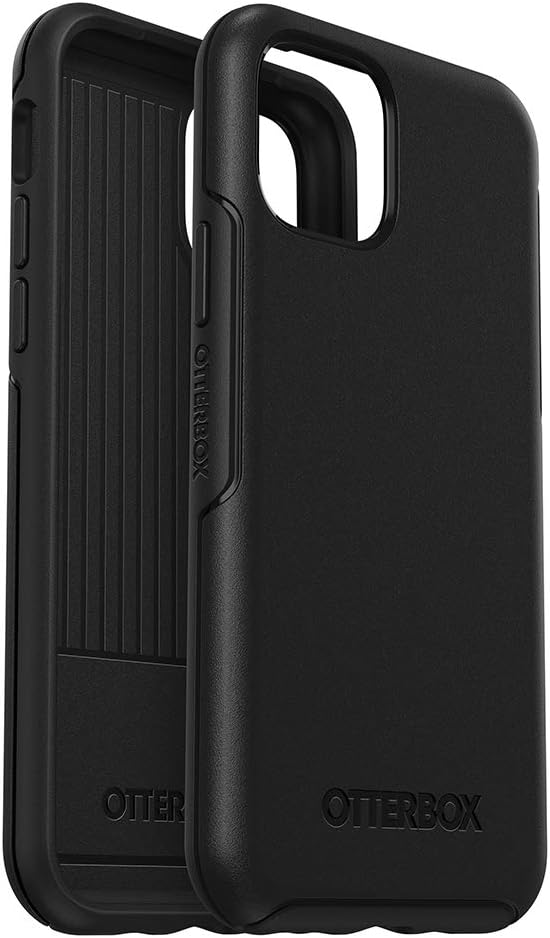 OtterBoxes are some of the most durable, and well-known phone cases currently on the market. Last Black Friday, Target had a special 40% off deal on OtterBox’s symmetry cases. This was one of the more exclusive Target deals, because you weren’t able to find that deal at many other retailers.

If the suggestions above didn't tickle your fancy, then take a look at some other Black Friday deals from some of your favorite stores! Check back on this post often. We’ll be updating this post with the latest deals for Thursday and Friday. Also check out the deals page for other deals that may not be listed down below.

*Some of the deals listed below are live now while others will go live on November 27th 10 p.m. ET 7 p.m. PST.

We know you're eager to jump into the middle of the chaos to get that juicy deal. But before you do, there are some things you should consider to make the most of your shopping experience.

Not Every Deal is a Good Deal

Every retailer will promote deals at reduced prices. But, take a look at those deals advertised. They might not be deal prices at deep discounts. Some gadgets have been on sale for months prior already at the lowest prices.
It's best to shop around for that product to make sure that you are getting the best price.

Have a Set Budget

With so many sought after products at discounted prices, it's easy to get carried away and pull the trigger. If you aren't careful, you could risk spending more money you don't have.
You could be stuck trying to pay off a hefty amount of debt and that doesn't seem worth it.

Check Out the Black Friday Ads

As mentioned before, there are all kinds of deals happening up to the big day. To optimize your shopping experience, take a look at the Black Friday Ad scans for stores you're interested in.
This will serve a couple of purposes. The first reason is to help see which retailer has the best deal on the items you want. And second, it lets you know when each store is set to open and when that deal goes live online.
This is helpful in case you plan to either go out to the stores or shop from the comfort of your home. 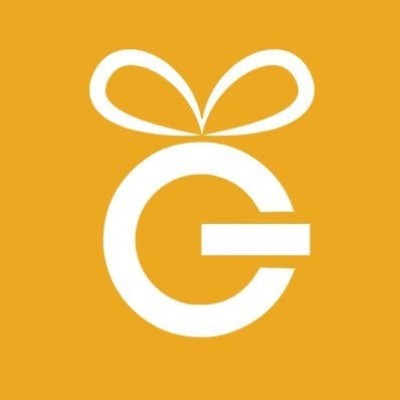